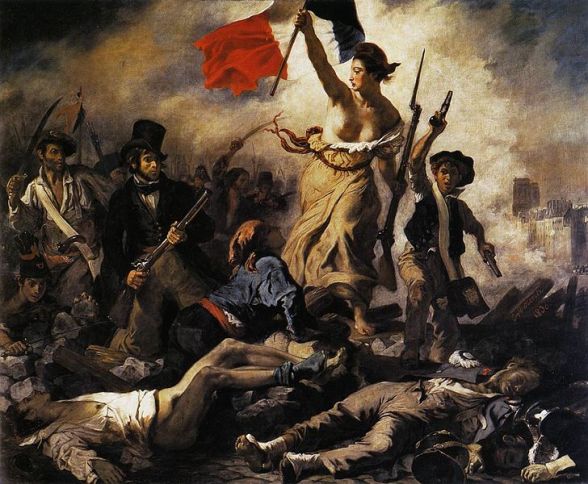 Part 7 in a 10 part series. To view other entries into the War Paint Series, follow the link.

La Liberté guidant le peuple is a seminal piece of art by French Romanticist Eugène Delacroix. Finished in 1830, after the July Revolution, which saw the toppling and exile of monarch King Charles X of France. It has become a symbol of the Republic, and the central figure, Marianne, bearing the tricolor flag and a Phrygian cap, is a timeless figure, the same represented by the Statue of Liberty.