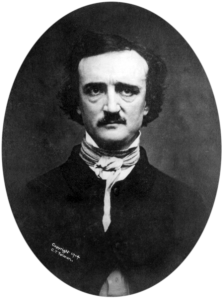 This is the seventh part in our weekly Fab Five Series, where I ask other bloggers, writers, podcasters and friends to give their five favorite historical figures. The criteria is up to them…so is the work!

Undine here. I am the author of the blogs Strange Company and the World of Edgar Allan Poe. I love history, particularly in all its odder manifestations, and I love making lists, so the Great Yesterday Unhinged Challenge was virtually irresistible to me.

I used no particular “rule” in selecting my personal Historical Fab Five. These are all very different people who, for their own differing reasons, happened to arouse my curiosity, endear themselves to me, impart important lessons to me…or simply amuse me. In one way or another, they’ve all meant something vital in my life.

So, let the parade begin!

1. Edgar Allan Poe. He is more than a great writer, he is a great thinker, who is sadly underrated as a scientific philosopher. His more esoteric writings, such as “The Domain of Arnheim” and “Ulalume” contain spiritual insights that are both profound and, once you grasp what he is trying to communicate, easily accessible. He was not a writer who talked “down” to his audience; rather, he sought to bring us up to his level. And “Eureka” is the only book I have ever read that has truly helped me make some sort of sense out of this seemingly utterly nonsensical universe of ours. For that alone, I will always feel a deep sense of gratitude towards him. On a merely aesthetic level, he wrote some of the most musical, bewitching poetry and prose works in modern English, and his critical insights played a key role in the development of American literature. 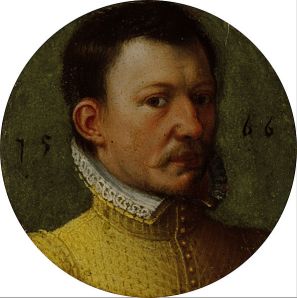 2. James Hepburn, 4th Earl of Bothwell. I’m including the third husband of Mary Queen of Scots partly because he is my all-time favorite swashbuckler, whose life story reads like a Dumas novel gone berserk, and partly because I long to question him about my favorite historical mystery: the murder of Mary’s previous husband, Lord Darnley. For the record, I do not believe Bothwell was guilty of the crime…but I think he would have quite a tale to tell about that 16th century international espionage puzzle. 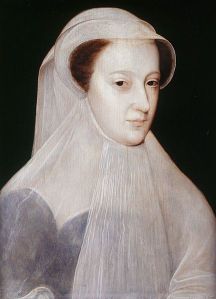 Mary, Queen of Scots in “white mourning”, by François Clouet, 1560.

3. Mary Queen of Scots. I could hardly include Bothwell and leave her out, could I? To hell with the Tudors, I’ll take her over Elizabeth any day.

4. Ulysses S. Grant. “Nice” is usually seen as a slightly deprecatory word, but Grant is among my personal heroes because he was one of history’s great Nice Guys. Aside from his achievements as a general and his underrated presidency, he stands out as one of the few famous historical figures without a dark side. He was honest, intelligent, hard-working, level-headed, kindly, brave, and selfless–a sort of mid-western “aw, shucks, ma’am” Galahad. Like everyone, he had his flaws, but they were easily obscured by his virtues. I suspect his drinking has been so overemphasized because his biographers fear he’d just seem too goody-goody otherwise.

Well, there are times when I like goody-goody. And I like Grant very much. I don’t think it’s possible for anyone to read his memoirs without being utterly charmed by the humor and humanity of the man. (A footnote: in his young days, he was also one fine looking fellow.)

5. Anna Kingsford. I’ve written about this lady and her highly unusual abilities on my blog. I mean to say, the Billy Mumy character from “It’s a Good Life” turns animal-rights activist. What’s not to love?

And there we have it, my dream historical cocktail party. I hated having to leave out Benjamin Disraeli, P.G. Wodehouse, William T. Sherman, Adah Isaacs Menken, Clara Bow, Richard III…ah, but I must save them for other times, other blogs, other lists…

To check out more posts from the series visit its page here. It gives the rules for playing (none, really) and links to the previous posts.

2 thoughts on “Undine’s Fab Five: One of the Greats of American Literature, a Pair of Conspirators & More”